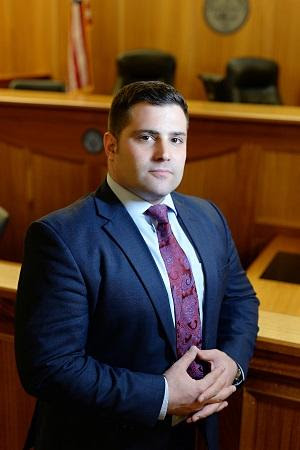 Attorney Vincent A. Tofani, a senior associate with Parker Scheer LLP, who concentrates in criminal defense matters, was nothing short of thrilled when the Supreme Court of Massachusetts released their decision in the case of Commonwealth v. Morgan, which addressed the execution of the VALOR Act.

The VALOR Act, created in 2012, expanded the scope of G.L. c. 276A, the pretrial diversion statute, to include qualifying veterans and active duty service members. The statute allows first time criminal offenders within the target groups to partake in approved rehabilitation programs in lieu of criminal prosecution.Issues regarding the application of the VALOR Act were first presented to the Supreme Judicial Court of Massachusetts in December 2016. The Court considered whether a district court judge could lawfully dismiss a criminal complaint, after finding that the defendant had satisfied the conditions of the individualized treatment program during the diversionary period, over the objection of the Commonwealth. In April 2017, the Court held that it is within the presiding judges discretion to determine the state of the charges in connection with an approved pretrial diversion program.

The Courts reasoning followed the Legislative intent of the VALOR Act, to support veterans and active duty service members as they transition back into civilian life, with the goal of promoting rehabilitation.

As a strong advocate for United States Veterans, it stands as no surprise that Attorney Tofani welcomes the Supreme Judicial Court’s decision in the Morgan case and the well deserved consideration it extends to U.S. service members.

To read the full case decision click here.
If you or someone you know requires assistance with a criminal defense matter, call us 24/7 at 617.886.0500.  There is never a charge for an initial consultation and all communications are maintained in strict confidence.

Vincent A. Tofani is a Boston criminal defense lawyer who will fight for your rights. He is a top criminal attorney who has received many honors, such as in 2015, he was named as one of the Top 10 Under 40 by the National Academy of Criminal Defense Lawyers. He was also named a Super Lawyers Rising Star, which recognizes the top 2.5% of criminal defense attorneys who have successful practices and are under the age of 40.